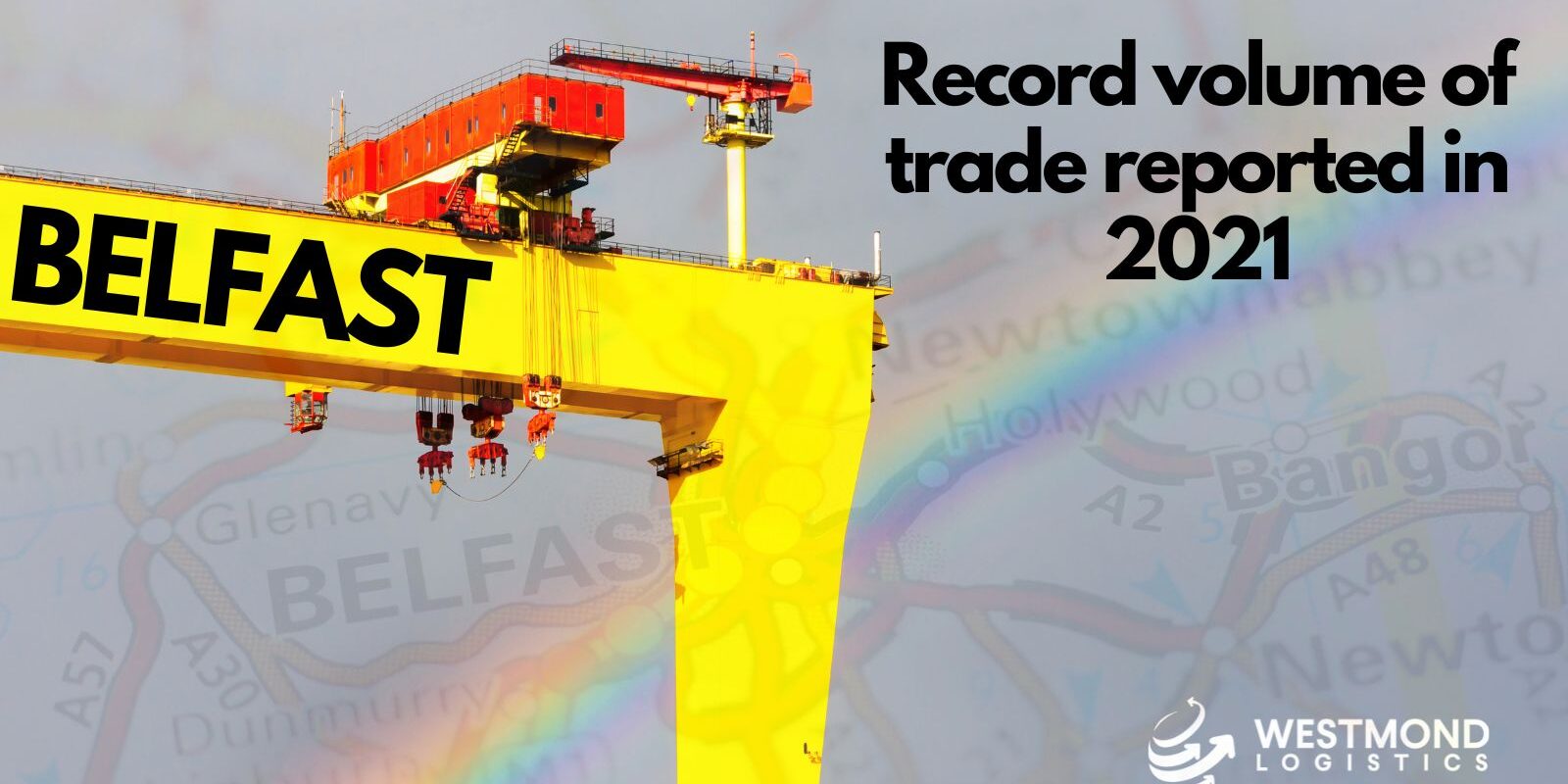 Belfast Harbour has announced that it handled a record volume of trade in 2021 in their recently released annual report.  This shows how the port has bounced back from Covid and availed from the Government easements on applying elements of the Northern Ireland Protocol.  It has been reported that in 2021 the port handled a total of 25.6m tonnes of cargo- up 9% on the previous year & an increase of 5% from the pre-pandemic levels of 2019.

The Harbour’s annual report has also highlighted that Belfast has benefitted from a diversion of traffic away from GB to the Republic of Ireland route, as well as a post pandemic recovery.  The protocol does require checks on goods entering Northern Ireland from Great Britain, however they are less onerous than shipments going from Great Britain into the Republic of Ireland.

Current HM Government grace periods, have delayed the full implementation of the protocol are one of the main reasons for the difference in checks between Northern Ireland and the Republic of Ireland ports.

“In spite of the challenges faced since the outbreak of the pandemic, Belfast Harbour has benefitted from an increase in global trade and the resumption of domestic travel,” he said.

“In addition, following the UK’s exit from the European Union, changes in [roll on/roll off] traffic volumes on routes between Ireland and Great Britain have taken place, with all NI Ports, including Belfast, experiencing improved trade volumes whilst grace periods continue to apply.”

It is great to see Belfast port getting back on track after the pandemic and it gives an insight into a bright future ahead for Northern Ireland.  We at Westmond Logistics work with many clients who bring their shipments through Northern Ireland with the end destination being the Republic of Ireland.  To find out more on these types of movements click here.

Port of Liverpool next to announce strikes
17th August 2022
Go to Top
We use cookies on our website to give you the most relevant experience by remembering your preferences and repeat visits. By clicking “Accept All”, you consent to the use of ALL the cookies. However, you may visit "Cookie Settings" to provide a controlled consent.
Cookie SettingsAccept All
Manage consent