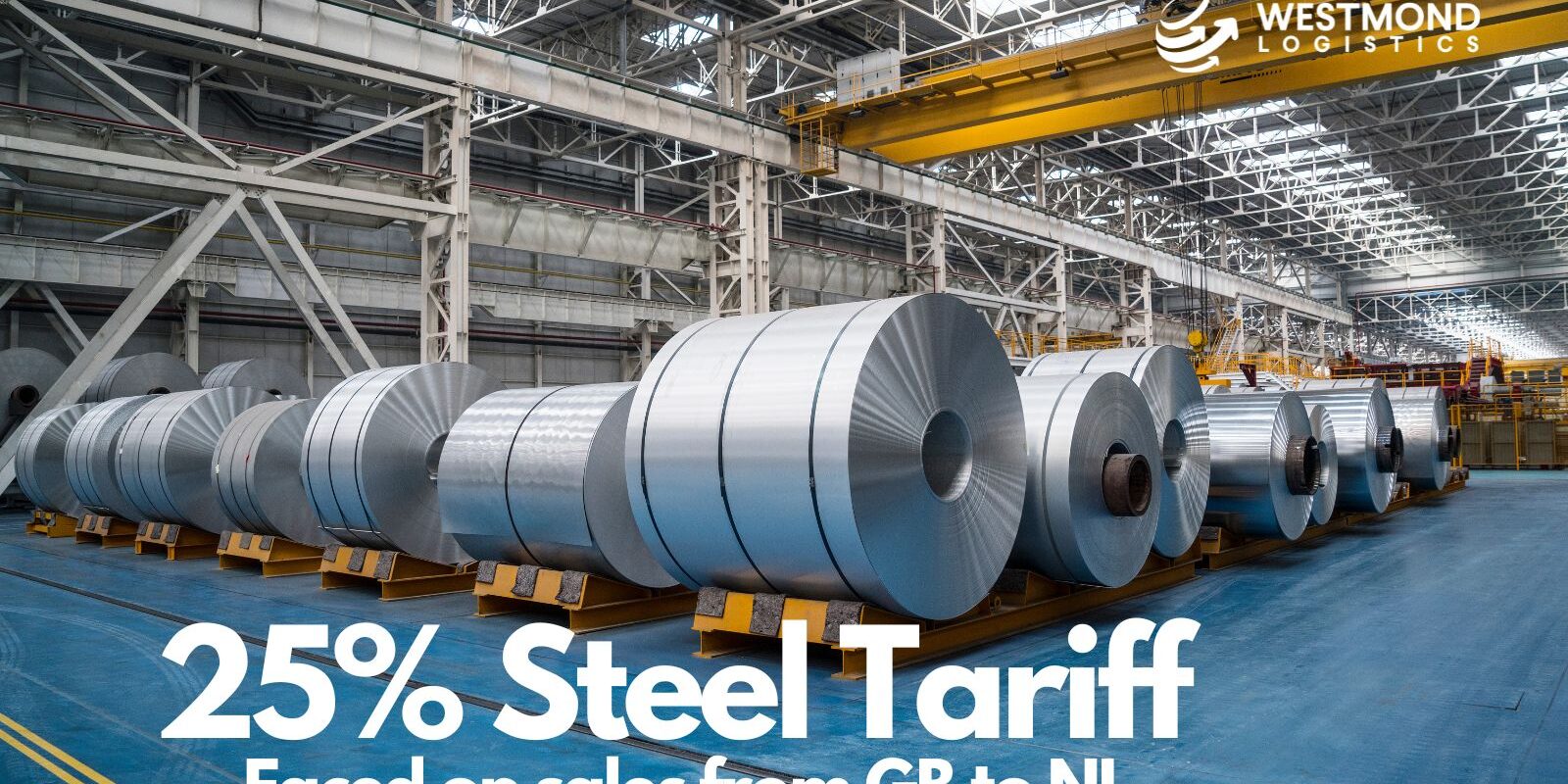 The European Union has updated its rules on steel quotas which has resulted in Great Britain steel sales to Northern Ireland being faced with a 25% import tariff. HM Revenue and Customs have informed all steel producers of the new tariff on Wednesday 24th August.  The change is reported to have come into effect due to the ongoing invasion of Ukraine from Russia.

The industry body UK Steel has appealed to the government to suspend the tariffs immediately, with its director-general Gareth Stace, stating “It is beyond farcical that UK producers are now prevented by these tariffs from selling goods to customers in their own country.”

“To add insult to injury EU steel producers can continue to export these goods tariff free throughout the UK, but we can no longer do so in the opposite direction.”

Prior to the change, steel that was imported from Great Britain into the Northern Ireland was tariff free as it was covered by a tariff rate quota (TRQ) for UK exports to the EU. A TRQ simply allows a certain amount of a product to be imported without any tariffs being applied until the set limit is reached. Until June 2022, the UK/EU steel tariff quota was in place however when sanctions were applied to Russia, EU traders could no longer access the steel market from this region resulting in the new ruling that all country-specific quotas were removed in favour of one TRQ from Ukraine and another covering all ‘other countries’.

However this new quota for all ‘other countries’ has meant that the entire world has access to the EU and once spent, the 25% tariff would then be applied. Richard Warren, head of policy at UK Steel, said: “Countries like Turkey are using up big chunks of the quota and there is none left for anyone else.”

With the current crisis faced by many from the ever increasing cost of living and at a time of looming recession, this new ruling from the EU has not been welcomed by traders.

The ongoing discussions around the issues of the Northern Ireland Protocol imposed on traders, is once again impacted leaving many angry and afraid of what the future holds for their businesses. Many business owners have reached out to the government, requesting that they ‘act now’ and suspend the new tariffs as to continue with the current situation is damaging to UK trade.

Port of Liverpool next to announce strikes
17th August 2022
Go to Top
We use cookies on our website to give you the most relevant experience by remembering your preferences and repeat visits. By clicking “Accept All”, you consent to the use of ALL the cookies. However, you may visit "Cookie Settings" to provide a controlled consent.
Cookie SettingsAccept All
Manage consent