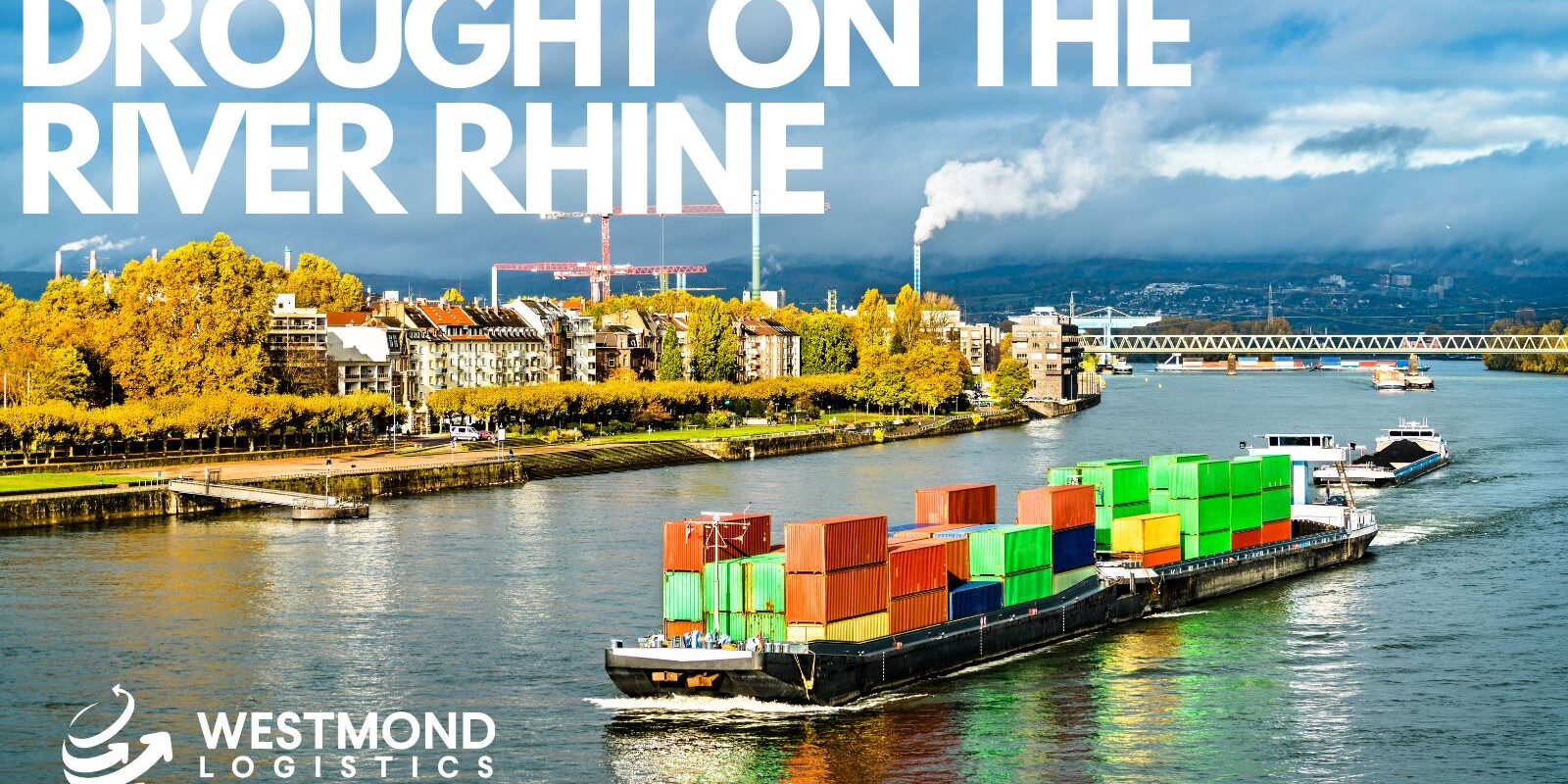 As Europe lives through a long, hot summer, one of the continent’s major rivers is getting drier – posing major problems for the people and businesses that rely on it. Currently, Germany is experiencing a drought along the River Rhine and has meant that water levels are now too shallow for laden barges hauling freight to manoeuvre through, which could result in threatening supply chains & causing more port congestion.

Germany is the United Kingdoms second largest trading partner and with the current issues being faced with rising fuels costs and strikes within the UK, this just puts the icing on the cake for supply chain delays.

For the first time in 4 years, the River Rhine has been forced to close due to the low water levels caused by the ongoing European heatwave. As the water levels continue to sink, shipping companies are being forced to seek alternatives for the freight they send up and down the enormous waterway. Although many did already anticipate that they might have to stop sailings this week, many tried to load some barges to a quarter full capacity to keep them higher in the water but have already started converting moving shipments via road and rail.

“Ships are still running, but fewer of them and with lighter loads,” the spokesman of the German Waterways and Shipping Office (WSA), Florian Krekel, told Reuters news agency. “Traffic has not yet come to a complete standstill.”

Sadly this isn’t just another Agatha Christi novel, but we at Westmond Logistics continue to review the situation to ensure that our clients are informed and mostly importantly not affected by these issues if possible.

Port of Liverpool next to announce strikes
17th August 2022

Felixstowe Port faces 8 day strike
9th August 2022
Go to Top
We use cookies on our website to give you the most relevant experience by remembering your preferences and repeat visits. By clicking “Accept All”, you consent to the use of ALL the cookies. However, you may visit "Cookie Settings" to provide a controlled consent.
Cookie SettingsAccept All
Manage consent